Sadly we have to pass the news that on August 2, Prof. em. Harald Hauptmann passed away. Professor Hauptmann was the former director of the Istanbul Department at the German Archaeological Institute, and, what many people may not be aware of, played a unique role in the initiation of excavations and research at Göbekli Tepe. For this reason, he remained a valuable friend and special mentor over the years.

Following the completion of his PhD in Prehistoric and Protohistoric Archaeology (Ur- und Frühgeschichte) at Heidelberg University, which focused on the early Neolithic in Thessaly, Hauptmann was made research lecturer at the Istanbul Department of the German Archaeological Institute, a position that he held for five years, until 1971. During this time, he was involved in excavations at such renowned sites as Boğazköy and Norşuntepe. Subsequently, he accepted the call to Heidelberg University, where he held the chair for Pre- and Protohistory and Near Eastern Archaeology until 1994. In these years, he initiated field research at two notable sites in Southeastern Turkey, at Lidar Höyük and Nevali Çori. This latter site would not only be of major significance for Anatolian Neolithic research, but it was also the first site at which T-shaped limestone pillars were revealed in an architectural context.

Returning to the German Archaeological Institute as head of the Istanbul Department in 1994, Hauptmann continued to focus on the Neolithic in Southeastern Turkey. Together with his former student Klaus Schmidt, who already assisted at Nevali Çori,  he initiated field research at Göbekli Tepe, which to this day remains a crucial site for the study of the Pre-Pottery Neolithic and early monumental architecture. Over the first two decades of research at Göbekli Tepe, Hauptmann remained a prominent figure for the excavation project. A constant source of knowledge and inspiration, especially following the untimely death of Klaus Schmidt in 2014, he always had an open ear and was keen to discuss latest finds and new developments.

Hauptmann’s contributions to the Neolithic and Bronze Age archaeology of Anatolia are meanwhile considered essential and pioneering work. In particular, we at the Göbekli Tepe research project are thankful for the exchange with Harald Hauptmann. We have not only lost an esteemed colleague, but also a close friend.

Today we would like to commemorate Klaus Schmidt, the former head of the Göbekli Tepe research project (conducted by the German Archaeological Institute with financial support by the German Research Foundation) and head of excavations until his unexpected death on this day two years ago. His merits and pioneering research in the Near Eastern Neolithic remain unforgotten and we are proud to continue the scientific work he initiated. 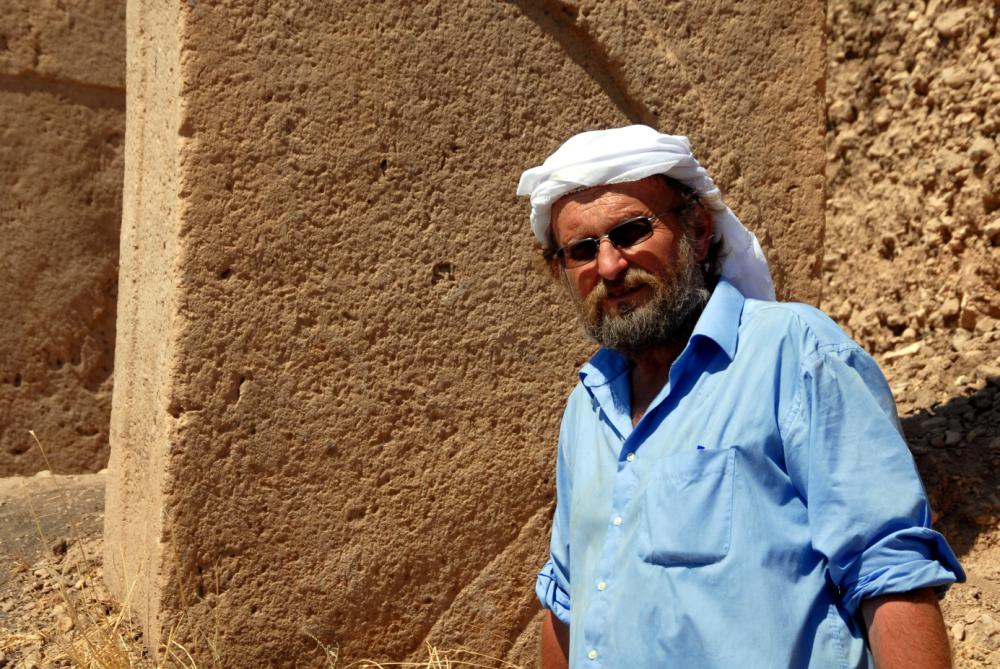 Prof. Dr. phil. Klaus Schmidt, prehistorian, director of the excavations at Göbekli Tepe, and co-director of the John Templeton project Our Place: Our Place in the World, passed away on 20th July, aged just 60. Klaus Schmidt was born on 11th December 1953 in Feuchtwangen, Franconia. From 1974 to 1983 he studied prehistoric archaeology, classics, and geology-palaeontology, first in Erlangen and subsequently in Heidelberg. It was during his time in Heidelberg that he came to participate at excavations headed by his university professor Harald Hauptmann at the site of Norşuntepe, in the Turkish Upper Euphrates region. In 1983 he obtained his PhD, his doctoral thesis focusing on the lithics from this site (“Die lithischen Kleinfunde vom Norşuntepe”). In the same year, he was awarded the travel scholarship of the German Archaeological Institute. Between 1986 and 1995, Klaus Schmidt was research associate at the Institute of Prehistoric Archaeology (Institut für Ur- und Frühgeschichte) at the University of Heidelberg, and research fellow of the German Research Foundation (Deutsche Forschungsgemeinschaft). Between 1983 and 1991 he became involved with research in an area that would later be inundated by the waters of the Ataturk reservoir, more specifically the Early Neolithic settlement of Nevalı Çori, again under the direction of Harald Hauptmann. It was the experience gained from working at this site which would influence the rest of his working life. For the first time, at Nevalı Çori, excavations revealed a cult building that was furnished with fantastic imagery which provided unprecedented insights into the mind of prehistoric peoples living in the 9th millennium BC.

In 1999, following completion of his habilitation thesis, entitled “Funktionsanalyse der frühneolithischen Siedlung von Nevalı Çori” (Functional analysis of the Early Neolithi Settlement of Nevalı Çori), Klaus Schmidt was awarded the status of associated professor at the University of Erlangen-Nuremberg. From 2001 he was advisor (Referent) for Prehistoric Archaeology of the Ancient Near East at the Orient Department of the German Archaeological Institute in Berlin. In 2007 he was appointed honorary professor at the University of Erlangen-Nuremberg. The stylized T-pillars and sculptures discovered at Nevalı Cori motivated Klaus Schmidt to search for other similar sites in the Southeast Turkish province of Şanlıurfa. In addition to the discovery of Early Neolithic sites in the plain, east of Şanlıurfa (Gürcütepe), he also visited the site of Göbekli Tepe, which had been detected many years previously in the southern foothills of the Taurus Mountains. His important impulses for the interpretation of this site number among his greatest scientific achievements.

In the last two decades of fieldwork, under the direction of Klaus Schmidt, excavations revealed buildings with richly adorned pillars and sculptures dating to the 10th and 9th millennia BC. Especially the earliest, monumental enclosures make this a site of unique importance for the study and evaluation of Neolithisation processes and associated symbolic worlds. Klaus Schmidt also directed research for the German Archaeological Institute in the ‘Aqaba region of Jordan, where he undertook excavations together with Jordanian colleagues at Chalcolithic-Early Bronze Age tell sites. His excavation methods and archaeological astuteness culminated in important research results which have significantly improved our picture of prehistoric settlement in the Gulf of ‘Aqaba. Mention should also be made of his scientific contributions to the study of materials from Predynastic Egyptian sites in the Nile Delta.

With the passing of Klaus Schmidt, we have lost one of our most eminent archaeologists. Through his foresight and his openness for alternative ideas and approaches, he enriched and enhanced scientific debate. He has provided us with the foundations for many years of research to come. His time spent in Turkey led a close bond with the country and its people. We will always remember him with greatest gratitude and appreciation.